I bought an Instant Pot Duo 6-qt on Black Friday for my wife. Though she wanted it, she was too afraid to use it during the first week. For some reason, she thought it would blow up if not used properly. I, having no idea how an Instant Pot works, stayed away from it as well until I gathered enough courage to give it a go. The first thing I cooked was a whole roasted chicken. It was a blast! Everyone in the house loved it. The chicken turned out to be thoroughly cooked, tender and juicy. 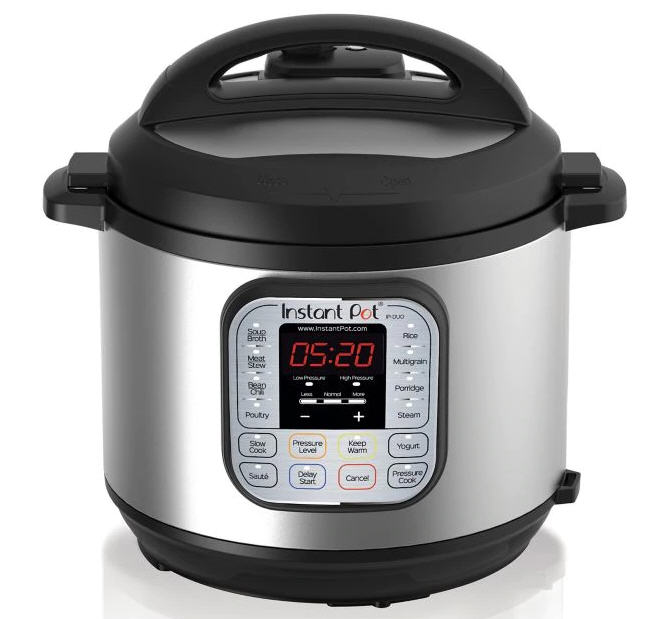 The recipe called for 28 minutes for the chicken to be fully cooked. However, that’s just the pressure cooking portion of the overall cooking process. I had to saute the chicken for 8-10 minutes. Once the lid went on and the pressure cooking setting was selected, it took the cooker another 10 minutes to reach the optimal temperature before the 28 minute timer started. Once done, natural depressurization took another 15 minutes. So, overall, it took over an hour. The term “Instant” may not be so true for some meals. Nonetheless, it took way less time than a traditional oven.

How I Broke My Instant Pot

We had the Instant Pot for just over 2 weeks now. My wife still didn’t make up the courage to use it yet. But, I have been using it quite often. I cooked lamb shanks once and the meat was literally falling out of the bones in about 45 minute of cooking time. The kids just loved the soft texture of the meat. I never got this result through cooking in a traditional gas stove and pot.

Then the dreadful day came. I cooked a meal, and once done, washed the lid and the stainless steel pot. When everything dried up, I put the pot back into the cooker and securely locked the lid on top. On this day, my wife came by to see if she should start using it. She opened the lid but forgot to lock it into place. So, it was just sitting on the cooker. This isn’t a big deal, or is it? Well, not locking up the lid securely during storage turned out to be a really big deal and ultimately broke my beloved Instant Pot.

While the lid was not secured, I was working around the pot when a slight touch caused the lid to fall on the ground. My kitchen floor is made of tiles. The lid fell off a standard sized kitchen counter top, about 3.5 feet.

The Damage to the Lid

I would expect the lid to be built like a hulk and unbreakable. Boy, was I wrong. First of all, the vent plug came off and just flew off the lid. Not a big deal, it fit right back in. Then I noticed, there was a small crack on the handle of the actual lid. Location is pointed with the arrow.

A tiny piece of the lid was actually missing. It’s possible that this was the main point of contact during the fall. I thought it wasn’t a problem as it’s just a handle and not significant for the cooking process. I was wrong again. When I prepared the pot to cook my next meal, steam was coming out from all around the lid. I checked the seal ring and it was set fine. The cracked portion on the handle of the lid was letting out the most steam. My Instant Pot was broken and it never reached the pressure needed to cook properly.

The store I bought it from was generous enough to take back the cooker. But, they ran out of stock and I couldn’t get a replacement. I will just have to wait for it go on sale before I could grab another one.

Instant Pot team, if you are reading this, please build tougher lids. Lids are bound to fall sooner or later, specially if they need to be properly secured each time. Someone will definitely forget to do it the right way.

As for me, I learned that all family members need to be extra careful with the lid. If it falls, the cooker will most likely be out of service. I have no idea what would happen if the actual cooker fell. It will likely get heavily damaged as well. So, if you are enjoying your Instant Pot or thinking of buying one, be careful with the lid. Handle it with love and care and make sure it’s secured on the cooker each and every time. Happy cooking!