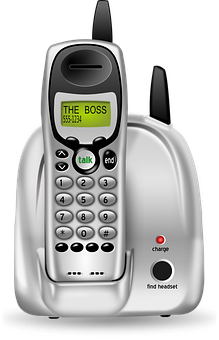 After 4 years of usage, here is an honest Fido Home Phone review.

Fido wireless home phone was launched in mid 2013 and was offered to the existing Fido customers for a discounted rate of $10 per month. The idea was to provide an alternative to the traditional land line by offering a ZTE access point which connects wired phones with Fido network. The perks of the plan includes unlimited Canada-wide calling, Caller ID and voicemail.

I have been a user since its introduction. I ditched my land line as soon as Fido had the $10 promotion for existing customers. If you are wondering why I had a land line in the 21st century, well, back then my cell phone plan was horrible with insufficient day time minutes. I still own the home phone service as an alternate line for the family.

Fido Home Phone Review – Why Use the Service?

My dad, for example, is an old fashioned dude who still hasn’t figured out how to use a smartphone. Is he not smart? He sure is but he likes to stick to the good old fashioned wired phones. The Fido Home Phone is ideal for customers like this. Instead of paying the abnormally high land line rates, the Fido Home Phone service provides a much cheaper alternative with tons of features which would otherwise cost hundreds through a land line provider.

The customers get unlimited Canada-wide calling, with option to pay for unlimited USA-Canada wide calling, free voicemail, free caller-id, free call waiting, and so on. Here is the best part, unlike VOIP, the Fido Home Phone doesn’t rely on Internet service. It runs on an independent ZTE access point which doesn’t require any Internet access. It is very much like a mobile phone except that it support corded and cordless phone instead. Also, if there is a power failure, the phone adapter uses backup battery power supply which lasts for up to 3 days. This makes it possible to continue to use the phone without electricity.

Moreover, you can port your existing landline number to Fido Home Phone so that there is no disruption in your phone service.

The Good and the Bad

So, after 4 years of usage, what do I think of the Fido Home Phone service?

Overall, I have been a satisfied Fido Home Phone customer for 4 years now. I recommend this service to anyone who is looking for an alternate phone line. I am sure you won’t be disappointed.