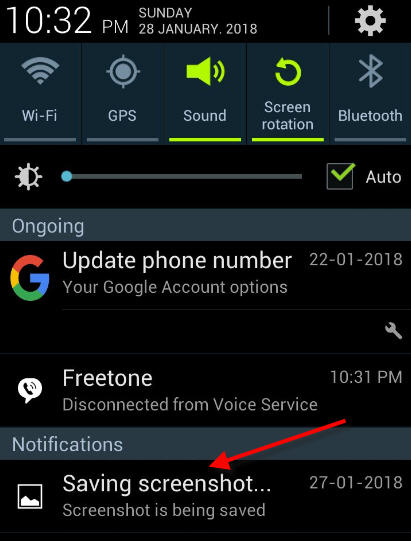 Note, the screenshot you were trying to save originally may not have been saved. Thus, you may have to take that screenshot again.

Another way of removing the screenshot saving message from the notification bar is to restart your device. In fact, restarting is a very common way of fixing many phone related errors.

The screenshot you were trying to save prior to restarting may not have been saved, thus, you will need to take another screenshot. If the never ending message reappears, then use Method 1 which is a sure way of fixing this error.

One of the reasons why the screenshot is not being saved is because the Gallery app was busy while the screenshot was taken. In order to fix this error, perform the following: