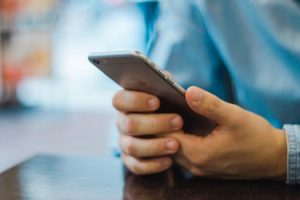 The free iPhone deal can be combined with any other $50 plans including:

Is it Worth Getting this Plan?

I first signed up with Freedom Mobile (known as Wind in the past) back in 2010. Their prices were lucrative and competitive against the big players. However, I was very disappointed with their network. Constant dropped calls, poor signal and lack of coverage made me leave in no time. Later on, I learnt that their network coverage was improved. So I signed up again in 2014 hoping for better service. But, I wasn’t satisfied.

Now in 2018, several of my friends and colleagues have Freedom Mobile plans and I see them satisfied with phone calls, but they constantly struggle with slow data speed. What loads in 10 seconds for me takes them over a minute from the same spot. In addition, during fishing trips with friends, I have noticed that they rarely have service in rural areas where as my phone on Rogers service never disappoints.

If you are tight on budget and really want an iPhone at a great price and don’t mind being on a slow network, then this deal is worth getting. However, if you prefer a fast network and more coverage, than going with one of the big players during a promotion is preferable.