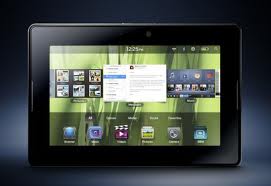 Research In Motion’s Blackberry Play Book did not receive a warm welcome like the iPad2. There are several reasons that contributed to this factor. This article will outline some of the negative aspects of the newly released Play Book.

The Name: The name, “Play” Book, itself is a bit deceiving. RIM probably wanted to capture the general Tablet market with the name. However, the apps supplied with the tablet mainly attract the business class. This may be a good thing for RIM as Apple has already captured the general market.

Timing: Many have complained that the Play Book was rushed into the market. We believe that it was rather delayed. A company like RIM should be able to come up with a tablet in a much faster pace than most other tech companies. Even Samsung, HP, Motorola, Dell and others have come up with a tablet way before RIM. To top it up, Apple had already come up with iPad 2 which really downgraded the Playbook since Playbook was created in response to the original iPad 1.

Target Consumers: Blackberry is an icon for the business world. This initial branding may have been a factor for RIM to be not able to reach out to the general public. Moreover, the supplied apps and features don’t really attract the youth and pure entertainment oriented consumers. The security and enterprise connectivity will benefit the business class but other than that, who cares about these features?

Lack of Native Email, Calendar and Contacts: Blackberry Play Book fails to have built in Email and calendar software of its own. The features are only enabled when the tablet is paired with a Blackberry Smartphone. Hence, the unit does not function independently.

1 thought on “Why Blackberry Playbook is Receiving Bad Reviews”