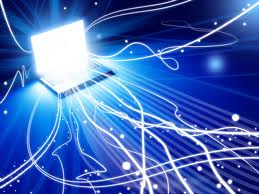 Compared to Bell and Rogers, Acanac offers an unbeatable price for high speed DSL Internet connection. Until early 2010, Acanac offered unlimited 5.0 Mbps high speed Internet for only $18.95 per month. The price included taxes and modem rental. Later, the price increased to $24.95 a month for the same service. As of June 2011, the price have gone up to $28.95 per month. Still, it is a very decent price for unlimited service. We have been using Acanac for 1 year now and here is our review.

Acanac uses Bell telephone lines to provide DSL service. They are basically a reseller for Bell. Their DSL download speed is upto 5.0 mbps. The closer you are to a Bell central office the higher the download speed will be. We tested from two locations, one gave an average speed range between 4.0 to 4.3 mbps and the other consistently gave a speed rating no higher than 1.5 mbps.

Over one year, we did not face a single hour of downtime. However, several colleagues of ours who use their residential service had many hours of downtime over 1 year of service. According to Acanac, the downtime was caused by the users’ modems. There have been complaints about actual downtime as well which was not caused by modem settings. The bottom line is, if Bell is experiencing difficulties with their lines then you will also face downtime.

We did not require any customer support over the year however, as per complaints received from other subscribers, the support could be improved. Often, support agents did not have adequate knowledge of the problems or did not provide full attention to the customers. The waiting time is also unreasonable. Because of the low price being paid, this type of service is expected.

You will have to pay for 1 year up front. The price of the service increases significantly after 1 year. You will have to contact their billing department to cancel your service before renewal. A $50 deposit for modem is required during signup process. Modem deposit is no longer refunded after service expiration.