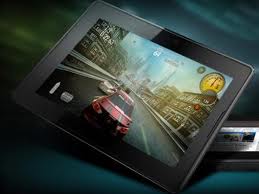 2011 is termed as the year of the Tablets. That means, most of the brand name tech companies will be introducing Tablet PCs to the consumers. It all started with the introduction of the Apple’s iPad last year in April 2010. Apple sold 14.8 million iPads in 2010. The number clearly shows that a new trend has started in the alternate computer usage. Tablet PCs provide touch screen features and compact designs. It is becoming increasingly popular among youth and adults alike from all levels of life.

Below, we have listed 10 iPad like Tablet PCs introduced by well known brand names. Looks like Apple will have some major competition this year. Here it goes:

There are many other tablets that will hit the market this year. We will review each one of them in detail. Welcome to the new era of Tablet computing.