The purpose of a CPU fan is to keep the CPU heat sink cool. If you own a desktop computer, it is advisable that you vacuum the interior of the machine on a yearly basis to remove dust buildup. If you are like me who hasn’t done it in 5 years, you will notice that the CPU fan makes loud and uneven sound once enough dust builds up. This article will discuss how to replace noisy CPU fan in Desktop computers.

How to Replace Noisy CPU Fan in Desktop Computers

The CPU fan my computer uses is a 40mm x 10mm fan. Before you replace a CPU fan, try cleaning it. A CPU fan can be cleaned using compressed air cans or by using a brush and vacuuming off the excess dust. However, it is not guaranteed that the fan will function normally without noise after it has been cleaned. When cleaning, ensure that the power to your system has been disconnected. When all things fails and you need to replace the CPU fan, follow these steps:

1. Turn off the computer and disconnect the power cord from the electrical outlet.

2. Remove the CPU cover to access the interior of the CPU.

3. Disconnect the CPU fan wire from the motherboard. Do not directly pull the wire. Hold the area that connects to the motherboard and gently pull it out. 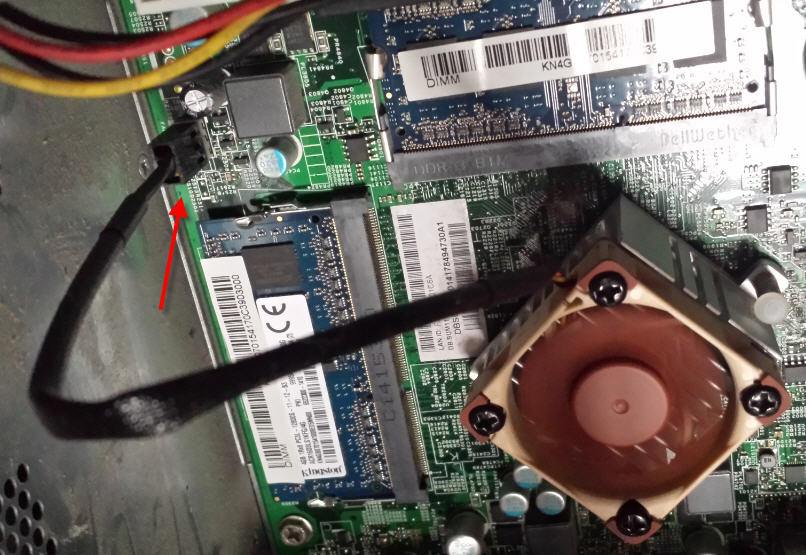 4. Remove the 4 screws from the CPU fan. The screws can be removed by using a star screw driver. Keep these screws handy as they could be used with the new fan. 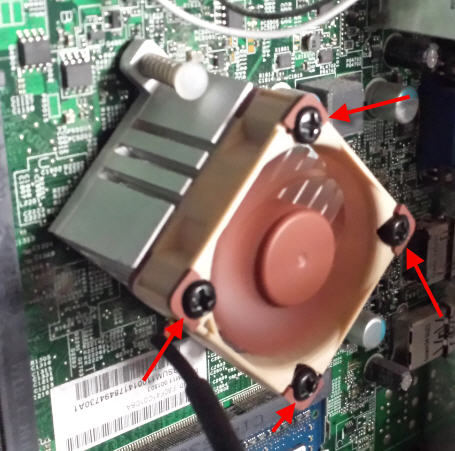 5. Now, you are ready to replace the new fan. Click here to read about how to choose the right replacement CPU fan for your computer. Once, you have the correct replacement fan handy, simply place it on the heat sink and put in the 4 screws. The label side of the fan usually faces inward.

6. Connect the CPU fan wire into the motherboard and you are all set.