Since the release of WordPress 4.2, the Emoji style code was embedded into the WordPress sites. Emojis or smileys allow users to express their feelings using icons. If you are using the official AMP plugin for WordPress by Automatic, the WordPress emoji style code will generate AMP site validation errors as the code is not compatible with AMP. You will see an error message like the one shown below:

Once the error is clicked on, the impacted code is displayed on the right side and it’s no other than the Emoji or wp-smiley CSS code embedded into WordPress. A snapshot of the code is shown below: 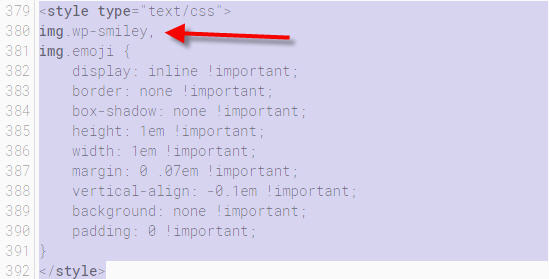 There are many sites which provide a plugin free alternative to removing this code from the posts, however, I was unsuccessful in removing the Emoji code using those methods. The quickest and the easiest method which worked for me was to use the plugin called Disable Emojis by Ryan Hellyer. After downloading and activating this plugin, the error disappeared and the site became AMP validated.