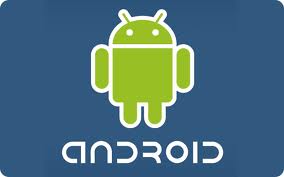 After years of usage, last week, I dumped my blackberry and switched to an android phone for good. Here are some reasons why the switch was made:

Boring: I bought a Blackberry just to look cool and not for business. Android and iPhones have became more exciting and capable of achieving much more.

Beauty: I like the overall look and feel of the Android operating system. Apple’s iOS is nicer but Android is more affordable.

Google Innovation: I have been a Google fan for many years. I find their innovative ways exciting and find it quite useful to have many of the web based features right on my phone.

Flexibility: An update was available for my Blackberry but RIM won’t allow the update because I was not a subscriber to their Enterprise Server. On the other hand, Android offers much greater flexibility with updating the phone to the latest Android OS releases.

Apps: I like the huge selection of apps in the Android Market. The Top Free apps are quite good and get most of the work done.

Games: I don’t recall playing any game in Blackberry besides the brick breaker once in a while. However, due to the huge number of free games are available for use with Android, I often end up playing quite a few games on my new phone.

In reality, I don’t think they could unless they partner with one of the big players like Google or Microsoft. Until and unless their operating system becomes as good as Android, they will remain disconnected from the general smartphone market.

5 thoughts on “Switch from Blackberry to Android”