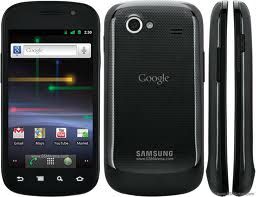 Google Nexus S is a smartphone developed by a joint venture between Google and Samsung. The Nexus S offers a slick and curvy design with many exciting features. However, is the phone really worth the price? Currently the phone is priced at around $525. Getting a 2 to 3 years voice and data plan with certain mobile companies will reduce the price to around $99.

Speed: The speed is not an issue with Nexus S. In fact, the 1GHz Cortex A8 (Hummingbird) processor developed by Samsung for the phone prevents any lagging while web browsing, opening menus and switching between applications. Nexus S also has a dedicated graphics processing unit (GPU) which allows superb handling of videos and 3D graphics. Consumers who have bought the phone have really enjoyed the super graphics processing power of the phone.

Operating System: Nexus S runs on Google’s Android 2.3 Gingerbread operating system. There is no lack of apps in the Android App Marketplace. However, consumers who switched from iPhone to Nexus S have complained that Android Apps are not as smooth and powerful as iPhone Apps.

Storage and Memory: Nexus S has built in 16 GB iNAND flash memory. The phone strangely doesn’t have a microSD slot for external memory expansion. 16 GB is huge but not having an expansion slot is a negative for the modern smartphones. As for RAM, the phone has 512 mb of dedicated Mobile DDR RAM.

Display: Nexus S offers a 4.0″ beautiful, little curvy, glass touchscreen. Google calls it Contour Display, the first of its kind. There are no issues with the display. In fact, the images and text look very bright and sharp.

Body: Consumers who are used to holding iPhones and HTC Desire will feel a little uncomfortable with the build of Nexus S. The phone is pure plastic and weighs very little, only 129 grams. A better solid metal construction would provide the phone with a stronger look and feel. A case would be required to prevent damages to the phone from accidental falls.

Battery: Consumers have complained about low battery life for the phone. The built in battery offers up to 6.7 hours of talk time on 3G networks. Battery life decreases significantly if GPS, Bluetooth and Wi-fi features are used.

Conclusion: Google Nexus S lacks some features but is a decent phone. The Android offers great flexibility for customizing the phone and allows easy future upgrades. However, better construction and HD video recording ability would make the phone more attractive.